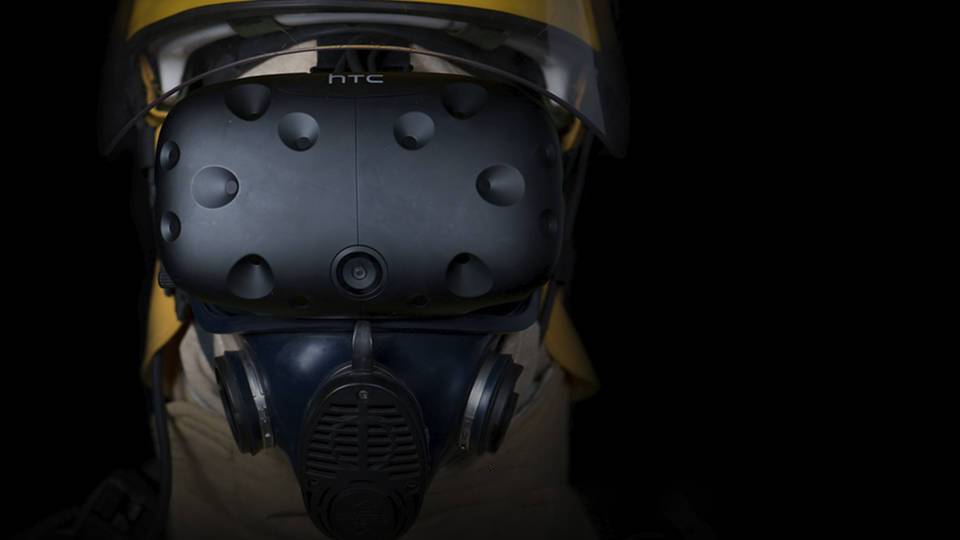 There are few jobs in the world that rival the combination of stress and danger inherent in firefighting. But it’s not just fighting actual fires that put these emergency responders in harm’s way – it’s training for them as well.

The inherent risk is what led researchers at Deakin University in Australia to embark on a startup that uses virtual reality to help firefighters-in-training.

James Mullins is Associate Professor of Defense Robotics at Deakin and, also, a volunteer firefighter. Mullins found traditional training methods to be rife with challenges – it’s expensive and dangerous to use real fires and expelling chemical-laden firefighting foam unnecessarily takes a toll on the environment.

Users don a heavy jacket that’s equipped with a heat-generating mechanism, a breathing system, and hose with up to 165 lbs of resistance. Conductive fibers in the jacket track ECG readings and it can also be monitored by instructors to assess other physiological responses. FLAIM Trainer also allows for meticulous performance data to be cataloged, allowing for a more objective indication of improvement over time.

In May of this year, Australian Flaim Systems announced that it was offering North American distribution of the product, and says that FLAIM Trainer should also be considered for emergency response personnel outside of just fire and rescue – including aerospace, manufacturing, military, and other commercial work environments, where a clear-headed response to potential fires is most definitely needed.